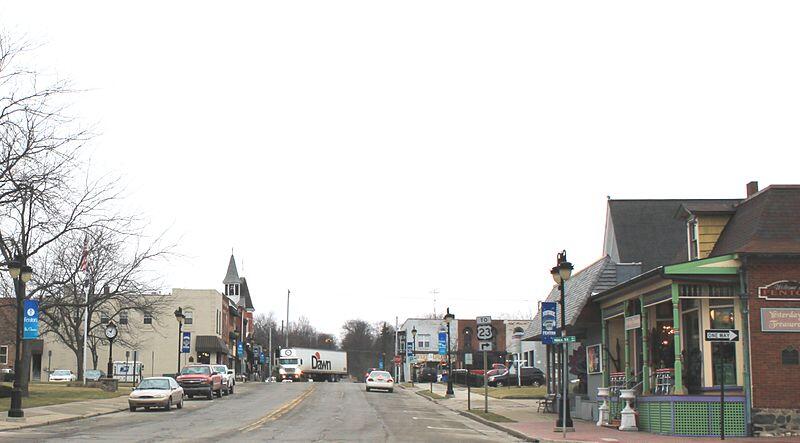 2 years ago · Justin Becker · Comments Off on Living in Fenton, Michigan: Things You Should Know

Living in Fenton, Michigan: Things You Should Know

Fenton, Michigan is located in Genesee County. It is a thriving city, with small portions being located within both Oakland County and Livingston County.

Fenton, Michigan offers its inhabitants a dense suburban feel, and most of the people that live in the city own their homes.

Fenton was first established in 1834 and the city’s original name is Dibbleville, after one of its first settlers Clark Dibble.

In 1837, it was named Fentonville, after William Fenton – the lieutenant-governor of Michigan. After it’s incorporation in 1863, the name Fenton was then used.

Fenton, MI is just a short drive away from major metropolitan areas like Detroit, Ann Arbor, Lansing and Flint.

Fenton city’s downtown area retains much of its historical look, while at the same time including a town square-style shopping plaza nearby.

Fenton offers a wide variety of shopping, at the Silver Lake shopping district.

The Shiawassee River also flows over a dam, through the park, that is located in the center of town. The park is overlooked by Fenton City Hall, and includes an old-fashioned gazebo and walkway by the river.

The city of Fenton is in the heart of a beautiful recreation area.

There are 58 lakes within a 10-mile radius of the city, which are used for fishing, boating, swimming and other water sports.

The Lake Park features a municipal beach and picnic areas. Lake Fenton, with more than 11 miles of shoreline, is the largest lake in the City of Fenton.

The city of Fenton offers different types and kinds of housing.

There are numerous apartments and condo units, along with mobile houses, manufactured homes and site-built homes as well.

If you are looking for an affordable option, look for homes that are rent-to-own.

Here at Tyrone Woods Manufactured Home Community, in Tyrone Township, Genesee County, we offer a variety of homes that are rent-to-own, and very affordable.

Cost of Living in Fenton, Michigan 2021

Maintaining a Manufactured Home: What Does it Take?
3D Mobile Home Tours
How to Deep Clean a Mobile Home
The Pros and Cons of a Double-Wide
HOME | HOMES FOR LEASE | HOMES FOR SALE | SCHEDULE A VISIT